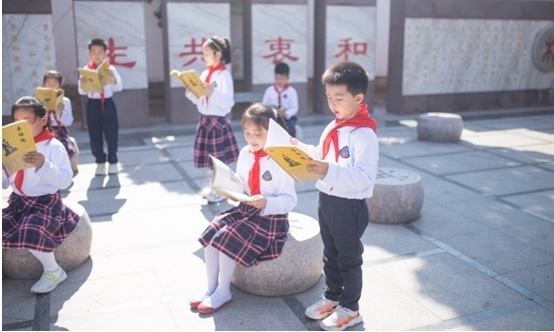 A hub of culture and history: Jining, home to Confucius and Mencius, shines as modern attraction

A hub of culture and history: Jining, home to Confucius and Mencius, shines as modern attraction

Jining may be less well-known than big cities like Beijing and Shanghai, however, it enjoys the status as a distinguished cradle of Chinese civilization. During the past 2,000 years, the city has played an important role in how China has grown in its glorious culture and history.

It is the birthplace of Confucius, the great philosopher who is widely recognized to have defined the spirit of Chinese culture.

It is also where the legendary story of Liangshan heroes happened, which is illustrated in the book All Men Are Brothers, one of China's Four Great Classical Novels. Jining people still cherish the chivalry of those brave men.

Moreover, Li Bai, the outstanding romance poet in ancient China's Tang Dynasty who was crowned as Fairy Poet, lived in Jining for 23 years. The Taibai Tower in Jining's city center is named after Li Bai to mark his often drinking liquids at the spot and having composed many beautiful poems there.

Talking about Jining, the most illustrious name card for Chinese nationals and foreigners alike must be Confucius.

More than 2,500 years ago, Kong Qiu, or later known as Confucius, was born in Zouyi of the Lu Kingdom, which is today's Qufu of Jining. He set up the first private school in China and had 3,000 disciples, of whom 72 became accomplished.

Nowadays, the Temple of Confucius and the Kong Family Mansion still sit at the center of the Qufu town and is open to the public who wish to learn about the life and thoughts of the great philosopher.

Every year in late September, the Grand Ceremony Dedicated to Confucius is held here to pay homage to his great achievements, which attracts Confucius' descendants and people who admire Confucianism from the country and all over the world.

Kong Pan, 32, is the 75th great-grandchild of Confucius. She has been working as a tour guide in Qufu for 11 years. For her, stories about and quotes from Confucius have been memorized by heart.

"Confucius' thoughts are actually very modern," she said. "He told us to do things in a timely fashion, to do good and live in harmony with nature."

But Jining is not only the birthplace of Confucius. It is also the hometown of Mencius, or Meng Zi, a student of Confucius' grandson, who traveled throughout his life teaching Confucianism.

Mencius' hometown, Zoucheng, a county administrated by Jining, is only about 25 kilometers from Qufu. The Temple of Mencius and the Mansion of Mencius are popular scenic spots for visitors to explore Mencius' stories, including the famous "Mencius' mother's three moves" story.

Despite the two most significant figures of Confucianism, Jining is also claimed as the birthplace of Confucius' disciples such as Yan Hui and Zeng Shen, as well as Mozi, the philosopher who founded the school of Mohism.

Capital of the Grand Canal

The ancient Beijing-Hangzhou Grand Canal, stretching 3,200 kilometers from southern China to the north, has a special place in Chinese history for a whole millennium.

Jining, located at the middle of the canal, is known as the "capital of the Grand Canal." Since the Yuan Dynasty, as a key town on the canal, it plays a great role in the building, operation, and management of the river.

During the Yuan, Ming, and Qing dynasties, Jining was always crowned the highest administrative department of the Grand Canal.

The Grand Canal brings Jining not only visitors and trade opportunities, but also a unique, diverse culture.

A modern city eyeing the future

"It is such a pleasure to have friends coming from afar!" This quotation from Confucius known by every Chinese person now hangs right at the exit at the high-speed train station of Jining, showing the hospitality of the city.

It only takes two hours by train from Beijing to Jining, and two hours from Shanghai as well.

NiShan Sacredland is the new landscape in Qufu today, which features a 72-meter-tall brass statue of Confucius. The fascinating dancing and singing shows there to present the story of Confucius and the people.

Modern life did not fade the glory of Jining's history. People there have been ready to introduce the city to the world with what they have had in the past and what they treasure today.

There is no offer to sell, no solicitation of an offer to buy, and no recommendation of any security or any other product or service in this article. Moreover, nothing contained in this PR should be construed as a recommendation to buy, sell, or hold any investment or security, or to engage in any investment strategy or transaction. It is your responsibility to determine whether any investment, investment strategy, security, or related transaction is appropriate for you based on your investment objectives, financial circumstances, and risk tolerance. Consult your business advisor, attorney, or tax advisor regarding your specific business, legal, or tax situation.